Raised in the Watertown neighborhood of East Moline, Bill Bell became a local hero and role model for generations to follow, as he rose in prominence within the jazz world as a pianist, composer, and well-recognized educator. Called “The Jazz Professor” after his 1995 album of the same name, Bill Bell was Chairman of the Music Department at the College of Alameda in Oakland, CA for many years and taught courses in jazz and improvisation at both UC Berkeley and at Stanford University.

Listen to the conversation here with Dr. Gale Bell about the legacy of her late husband, the support and nourishment he received while growing up in Watertown, and about his album “The Jazz Professor,” which he dedicated to his family members and on which his original compositions reflected in various styles the personalities of those he loved.

All events are free of charge. The headlining artist for this year’s event is Chicago-based jazz saxophonist Ernest Dawkins and his band the Young Masters. More information can be found on Facebook.

Polyrhythms is a grass roots non-profit organization dedicated to community and cultural arts advocacy, which believes every community is greatly enhanced by the opportunity to share and participate in the arts. 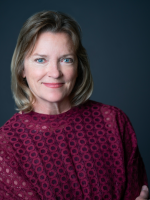