For organizers of the Resolution, it’s clearly a case of “Action Speaks louder than Words!” It’s been more than a month since Community Activist Thurgood Brooks released his 10-point Resolution for police reform in the Quad-Cities. And now, all of the appointed and elected officials asked to take a seat at the table to enact change are engaged and willing to work on implementing the plan.

Brooks recently called out those local officials and law enforcement agencies, who have been in support the plan and those who had not respond or taken action to support the platform. The 30-day report listed eight individuals as barriers to the progress of the plan and the platform. Mostly for lack of consistent communication and follow through. Among those named individually in the report as uncooperative was Rock Island Mayor Mike Thoms.

However, Mayor Thoms says he always has supported the Resolution platform and since the 30-day update on July 8th was able to have an additional meeting with Resolution organizers.  He further explained that he and others named on this list, like Rock Island County Sheriff Gerry Bustos and East Moline Mayor Reggie Freeman, have been in communication with one another regarding police reform in the Illinois Quad-Cities. He says they have unified their efforts and formed a collaboration to address the issues and concerns of the Resolution as well as two other organizations that have come forward seeking change.

Sheriff Bustos and Mayor Freeman are leading the consolidated effort as spokesmen of the newly formed Quad-Cities Law Enforcement Group. The group was formed earlier this month and went public on July 10th   with a letter stating their purpose and intentions, a move Resolution organizers did not agree with, given the lack of engagement and consistent response.

Among those individuals listed as cooperative and fully support the Resolution are Moline Mayor Stephanie Acri and Moline Police Chief Darren Gault.  Mayor Acri says the Resolution and dialogue surrounding it have been instrumental in revealing experiences, perspectives and the voices of residents whose concerns often go unheard.

"What I’m hoping for is what I am always hoping for…and that is: that everyday we are providing better services to the residents of Moline and I think we have the right leadership in place to accomplish that, especially in this area of concern. Our police chief is doing a wonderful job of being innovative about the different ways we can integrate police work with social services to better serve the community in a way that meets their needs…people can be safe and can feel respected.”

She says they are already working on projects with significant improvements that will have an excellent impact on police and community relations. In a meeting that took place Wednesday between Illinois QC Law Enforcement Group members and Resolution organizers, an agreement was reached to implement The Resolution plan. They also made progress by developing a 5-point plan of action for moving forward. 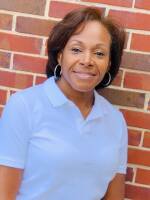