WVIK, Quad Cities NPR | By Mindy Heusel,
Jacob Bancks
Arts & Culture
Mindy Heusel
Mindy started at WVIK on the evening shift, one night a week, while still a student at Augustana College. Not long after, the station began overnight service and she took on the graveyard shift for a full six nights. In 1985, she moved to days and began her long tenure as host of Perspective, WVIK's afternoon classical music program. Under her direction, the program has developed into a show focused on exploring new music from living composers, not just from orchestra halls but including Broadway and film music.
See stories by Mindy Heusel 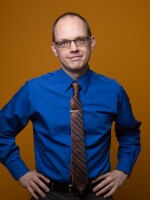