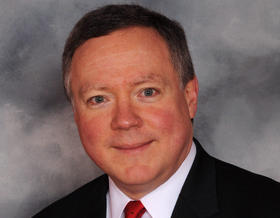 Eric Zarnikow is in charge of Illinois’ program to help low-income students pay college tuition, known as MAP grants. He cheered yesterday when Gov. Bruce Rauner proposed increasing MAP funding by 10 percent, saying it could accommodate 12,000 more students, or increase the size of the grants.

But one thing the proposal does not do is pay for MAP students in school today.

Illinois colleges and universities have been squeaking by on a fraction of their usual state funding, thanks to the ongoing budget impasse. But Rauner proposed spending more than $1 billion on higher education. In fact, he specifically wants to increase MAP grants by 10 percent over the last time Illinois had a full budget back in 2015.

But Zarnikow acknowledges that would not help students in the current fiscal year.

"For fy 17 at this point there's been no funding for MAP, and what the governor proposed today with the 10 percent increase is actually for fy 18," he says. ​"So at this point, for students who went to school in the fall, last fall, and for students who are currently going to school right now in the spring term, they have received zero MAP dollars. So there has been no funding for MAP for the fiscal year 2017."

That means hundreds of low-income students could still be on the hook to repay thousands of dollars in grants. Zarnikow says he hopes the Senate's so-called grand bargain will address this issue.