Illinois election officials are still trying to determine how best to safeguard the election process and voter data. That’s after Russians hacked the Illinois voter log in the 2016 election, exposing 76,000 voter registrations.

Some voter information, though, is not under state control.

County clerks and election commissions want to stop voters from registering in more than one place and double voting, and they use private corporations to help vet their own data.

“If the same person with the same social security number, for instance, is quote unquote, registered to vote in multiple states, it pings that and alerts the election administration officials that something is going wrong,” Milita said.

The difference between Crosscheck and ERIC is important in a political sense. Milita said Crosscheck uses more factors, which often leads to pinging marginalized voters for address checks.

“These are people that don’t vote a lot, maybe they only vote every other presidential election year,” Milita said. “They tend to be lower socioeconomic status, they’re more likely to be minority voters. And so what critics are saying is that basically Crosscheck is helping Republicans.”

In other words, Milita said, it purges voters who are more likely to vote Democrat.

“Republicans are really concerned with voter fraud, right? Because people that are more likely to commit voter fraud tend to be registered Democrats. Democrats are concerned about Russian election hacking because Donald Trump won the election,” Milita said.

ERIC, on the other hand, is much less controversial. It pings fewer voters.

Matt Emmons, the IT director at the Illinois State Board of Elections (ISBE), said the board has access to both systems, but Illinois raised questions about database security to Crosscheck last year. He said they have not heard back.

“We’re just sort of waiting to hear from them. We and a lot of other states said, ‘We want to see the security of this program before we continue sending any data to it,’ and they haven’t even opened it back up to us to send them any data,” Emmons said. “So that’s one of those things that I suppose if and when the time comes we’ll deal with it but otherwise we’re just standing by.”

Last year, an analysis of Crosscheck from researchers at Harvard, Stanford, the University of Pennsylvania and Microsoft found that for every one double registered voter, Crosscheck would also ping about 200 legitimately registered voters for an address check. 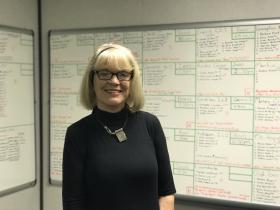 The state is not using Crosscheck. McLean County Clerk Kathy Michael said the county’s office has used both Crosscheck and ERIC by law in the past, but stopped when the state stopped sending data to the vendor.

She also said county voter fraud is a non-issue.

“We’ve never had a problem in the eight years that I’ve been working as county clerk. We’ve never had any reports of voter fraud, any hanky panky going on out there,” Michael said.

Despite Michael’s lack of concern on the county level, the State Board of Elections hack in 2016 brought action by lawmakers.

Michael’s Democratic challenger for McLean County clerk, Nikita Richards, said her reaction to the governor’s veto was “one of sheer disappointment.” 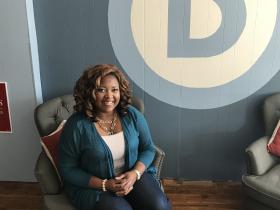 Richards said even so, she wants to see Illinois stop using Crosscheck.

“You get what you pay for with Crosscheck. ERIC is by far much more efficient. We don’t have to worry about the false positives that we see with Crosscheck,” Richards said. “If we are really focused on protecting voter information, then why not go with the best option even if there is a minimal cost to that.”

“We can’t overlook that. It is the elephant in the room, and it is what needs to be talked about. Crosscheck has been responsible for purging and removing people from the voter registration logs wrongfully,” Richards said. “And so there are states that have denied people their basic civil rights, that right to vote, because of this false information.”

According to the clerk’s office, county voting machines are 17 years old.

Illinois will receive a $13 million grant to increase election security, but the money will put the state’s election authorities on a secure data network rather than address old voter machines.

“Our vendor assured us that our equipment is fine,” Michael said. “They have backup equipment, they were smart enough to buy old equipment and store it so if anything breaks down, it can be easily replaced, quickly.”

Michael’s main security concern, instead, is the use of social media and its ability to disrupt the election process.

“The concern is disrupting. The disrupters out there. ‘Fake News’ if you wanna call it that. Just trying to scare voters from voting," Michael said. "So, our advice is don’t let anybody scare you. Because then they win. And we’re always going to have somehow, somewhere, a place for you to vote.”

The Republican Michael is referring, in part, to a call to the clerk’s office on election day in 2016 saying ISU had run out of paper ballots when it in fact had not. Michael thinks word about this mishap dissuaded residents from voting at ISU.

Democrats said there were not enough election judges at ISU to handle the influx of people, and hours long wait times discouraged some voters.

Michael said her efforts will be to stop deterrence of voters via social media by shutting down the county clerk Facebook page on election day.

Richards, on the other hand, said “why demonize social media?” Calling it an amazing tool for elections and getting the word out to vote. She said instead of shutting down the County Clerk’s Facebook page, there should be an effort to make the clerk’s website more user friendly.

Michael again emphasized people using social media can discourage voters by putting out false information about the state of polling places. She said she puts social media monitors in place to address that on various platforms.

Editor's Note: This story has been changed to reflect the facts the McLean County Clerk's office is not currently using Crosscheck, to clarify when use of Crosscheck ended in McLean County, and to add a further response from Michael.

People like you value experienced, knowledgeable and award-winning journalism that covers meaningful stories in Bloomington-Normal. To support more stories and interviews like this one, please consider making a contribution.