Are The Arts Important In Schools? 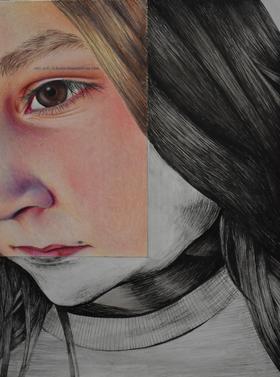 The Illinois State Board of Education approved a massive new school accountability plan last week. Our education desk reporter takes a closer look at the portion of the plan dealing with the fine arts.

Imagine for a moment that you have to create a tool to evaluate schools. You’re going to use a system of 100 points. Important stuff, like making sure kids are smarter this year than they were last year, is worth 50 points. Having most kids pass standardized tests — let’s say that’s worth 10 for math, 10 for language arts. So how many points would you allocate for the arts? You know: Band, theater, painting and drawing? How important are those things to the quality of a school?

This exercise is a simplified version of what the State Board of Education did to comply with the federal Every Student Succeeds Act (or ESSA for short). ESSA replaced the law called No Child Left Behind, which most teachers didn’t like. What they like about ESSA is that it allows each state to formulate its own school accountability plan. The Illinois State Board of Education has been working on this 100-point system for almost a year, and they voted the final draft last week.

So back to the question about the arts. What number did you choose? The board liked the number zero. During the public comment portion of the board’s March 15th meeting, people lined up at a microphone to try to nudge board members toward a higher number.

“All students — whether they are urban, rural or suburban — deserve arts learning,” Jonathan VanderBrug told the board. “Arts learning should not be institutionalized as the first thing that’s automatically cut. That is not an appropriate assumption. The plan weights the indicator as zero. The arts are not a zero.”

VanderBrug works for Arts Alliance Illinois, so he knows how to speak the board’s language. When he asks for the arts to get a “weighted indicator,” he saying put the arts in the plan, and assign the arts a point value.

“That’s what it’s about today, I think: To make a statement that the arts have weight. So we encourage you to weight the arts at 3 percent by the year 2021. We believe that’s reasonable and so we ask that you show today that the arts count.”

After everybody had a turn at the microphone, the board didn’t vote right away. Instead, they paused to give out an award.

The Rev. James Meek, chair of the state board, invited Lia Laucke to the front of the room to accept an award for winning the annual poster contest held during Illinois Arts Education Week (March 13-19 this year). She’s a 17-year-old junior at Oswego High School. Her winning entry was a portrait of her little sister, drawn partly in black ink, partly in colored pencil. If you look closely, you see words overlaid on the girl’s face. “Stay soft. It looks beautiful on you.” It’s a line from a poem by Nayyirah Waheed.

The board members gave Laucke a proclamation and a big round of applause. After she left, they got back to talking about how many points to give arts in that 100-point plan.

It’s a conversation they’ve been having for months. They keep getting hung up on how to measure what a school is doing with the arts. But one board member, Craig Lindvahl, put the problem in perspective. He’s a retired band director, and he sees the zero as a positive.

“I’m particularly interested in the arts, as you probably understand. And it’s the first time I remember the arts being put on official notice of what we’re doing,” he said. “I’ve been in it a long time, and I don’t ever remember the arts being anything but we’re just not going to deal with the arts. So to have it as an official member of the criteria we’re looking at I think is an important thing. And I also like very much that we’re required to now weight that. As far as putting in a number right now, I can see both sides of that, but it does make sense to me that we’re putting people on notice and giving them a chance to think about this and have substantive discussions about how we’re going to measure what these indicators are going to be. Because we may find that participation is the great indicator, and that we don’t really care if they have a good band or not, just that they have a band.”

The board decided to keep arts on the list, with zero points, and start collecting data from arts programs from districts across Illinois. Four years from now, or maybe even sooner, they will adjust the plan to change the zero to a real number. Maybe it will be just a three. But it will be something.

After the meeting I asked Lia Lauck’s art teacher Michael Skura how he felt -- watching his own student win a statewide award, and then listening to board members try to weigh the value of art, and landing on the number zero.

“Well, naturally being a fine arts advocate, I would want it to be 100 percent. At the same time, I understand there are compromises, and it seems like more of it was a win/win,” Skura says. “It’s not idea. I would love it to be a specific number. But the fact that all of (the board members) went on record to say that they first value the fine arts, and at the same time, they really quickly want to establish an indicator number through some research, and quicker than the four years that is when they’re going to revisit, I’m encouraged.”

Even if it’s just 3 percent?

“That’s a good question,” he said. “Like I said, if it was me, I’d have it 100 percent. And with the narrative of fine arts in the public, anything beyond zero is something to be very grateful for.”