Dwight Chapin talks about his new book The President’s Man, The Memoirs of Nixon’s Trusted Aide, including Nixon’s trips to China and the Soviet Union, his domestic accomplishments, a military spying ring in the White House, Vietnam and anti-war protests, and Watergate. Chapin has an interesting story to tell about Watergate based on new information and his perspective from inside the White House. 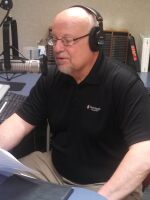